How lucky I am to have something that makes saying goodbye so hard.

Magic moments from my college life that I shared with you !! 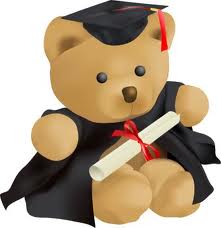 First day at the campus went with fear of ragging (though it literaly didn’t happen) and surprises because very hour brought something new. I had hostel room with a known friend and that was something good. It was for the first time I was away from home, living in hostel… I was excited but sad. Terribly missed my school and friends. Soon was given an unique identitiy as enrollment no. which threw me in batch popularly known as ‘2A’ ( our cse section was divided in 5 batches). Making friends was fun and difficult as I hardly knew anyone. And there were just 3 girls in my batch. Sem 1 passed studying subjects, understanding and adjusting to examination patterns, making new friends…

Then sem 2 brought new ideas and changes. It was for the first time went online on orkut… friends list kept growing and growing as aquitances became to be familiar and many became friends. Real fun had just began… days passed by attending lectures, chatting online, creepy scraps (orkut was at its peak), eating out in cafes, leisure time, cultural fest. Mass bunking was also witnessed… it was new for me as I didn’t bunk in my school days. It had one red letter day too… when I made first proxy in maths class and made it perfectly well… though my heartbeat stopped for a moment.

As we know life can’t always go smooth… Physics classes and specifically physics lab really sucked. Pending experiments and experiments that sometimes I thought were really of no use for cse guys took out every nerve… calculations were getting worse. But with my lab partner, together learnt the art of handling them. Some labs were really interesting, computer labs were enjoyable; electronics lab was way beyond awesome… thanks to our group of four students. Had a lots of gossips, fun, mischiefs with them… and sometimes were at the verge of being thrown out because of some funny creatures 😀

I also remember my first b’day in college… running away, playing hide and seek, b’day bumps… it was amazing. First year was something that took me away from my personality; made me open and more talkative and friendly that many of my school friends weren’t able to believe. At last it ended well and with a good pointer.

Second year went a lot more smoother… academics was at its best… bond of friendship grew stronger. Physics and maths were the worst hit areas… all weird topics… non-sense derivations. This was the time 2A batch made its presence felt all over… with highest no. of mass bunks made history. Yet it was the best in class. It had best toppers and back-holders, smokers and drinkers, best CS and AOE players, best sports person, some funny some serious, some dominant some timid… few flatterers and many with experience of DISCOs… 2A batch had its own style and fascination that will be admired forever. It was also the period when facebook overshadowed orkut… when more girls became friends… crushes kept rising.

Next was Sem 4, what I called, the turning point of my life and which rapidly changed my profile… I got entry into the editorial board as a designer. Some seniors became very good friends… my creative designing and innovation touched many. Another event that added glow to my life was sudden love for blogging… With some super natural powers I wrote a fictious love story ( A Date to Remember ) which was loved by my friends… the no. of hits went in 3 digits per day. Later I even got it legally copyrighted… because for me, it was more than a love story. This was just the begining of a new phase and I knew something more was awaited, but didn’t know what.

In just one line 3yr year was a blast, the best part of my life… dreams were almost turning into reality. Even the campus was rocking with strikes, full day bunks… it was more like a freedom struggle. In my free time, now I watched movies and studied less.

My love for designing, blogging and databases became more profound. With the onset of sem 6 I became Oracle Certified DBA and had designed some of the best stuffs. Soon I was also given the task of heading the editorial board in the absence of seniors. This was one of the most difficult challenges in my life but the most motivating and interesting. With my team, finally we were able to deliver the best magazine ever published. Celebrations were awesome (I’m afraid to disclose it).

Then, the best of best; I got the chance to represent Jaypee Group at India Today Conclave 2010 that was all about international celebrities, limelight, astonishing experience… met many renowned celebrities like Ranbir Kapoor, Asin, James Cameron, Chris Huges, many more… even got autographs. The dream didn’t end here… even got a photograph with Salman Rushdie in a national newspaper. Enjoyed the lavished lifestyle, multi-cusine food, page 3 audience and even made some good friends on the three day trip.

As it is said by someone, you can’t always be wining. A good balance of winning and losing is imporatant. It was now time to lose something. Like sensex my pointer crashed severly.

After 3 years of college I was no more a studious geek… in first year I used to withhold mass bunks but now I supported. Got more spoiled. This time India Today Youth Summit was a true delight… with Katrina Kaif just few meters away.

Though less classes were going as per schedule… the fear of studies, placements, MBA exams became horrifying. Project labs and presentations were order of the day. Every where only R.S. Aggarwal’s logic reasoning and quant books were seen. Those really serious about MBA were solving every single page of CL books. Girls were crazier than boys.

Then it was turn of most important day Infy placement day. With some nervousness and high hopes went for it. On night of that day, after clearing written exam and delivering a good interview felt a sigh of relief. Late night, I also had a pre-placement party with my friends. Infy was followed by Accenture… written was a simple walk and interview was amazing and easy (was lucky enough to have good panels). Finally, I found myself placed in Infy for which I had opted for. Infy placement brought more fun in life and brought smiles as final year project was dropped, sem 8 was shrinked to 30 days… and most adorable part was joining 5 months before garduation. Sem 8 was coined as InfySem was all about celebrations, parties, bunks, recollecting beautiful days and clicking pictures… and at last heartdly saying goodbye with tears in eyes.

These four years that seemed too long at begining went so fast. They were magical. I ‘ll miss those amazing moments, sweet friends, beautiful campus, unlimited freedom, the joy of lectures and bunks, gazing and discussing about girls, the first peg with friends… late night maggi parties, staying awake full nights to complete assignments and projects… the fun in classrooms n labs, some cool fights, beautiful days and nights; last n most important all the endless gossips and mischiefs.

Time spent with each one of you will always remain in my heart forever !!

Friends let’s share some beautiful moments or events of our college life. Feel free to write (comment tab is on top)… so that we can always smile when we read them 🙂

I’ve decided I want to blog more. Rather than just thinking about doing it, I’m starting right now.  I will be posting on this blog once a week for all of 2011.

I know it won’t be easy, but it might be fun, inspiring, awesome and wonderful. Therefore I’m promising to make use of The DailyPost, and the community of other bloggers with similiar goals, to help me along the way, including asking for help when I need it and encouraging others when I can.

If you already read my blog, I hope you’ll encourage me with comments and likes, and good will along the way.